An uncompromising and stylish approach to the urban EV

Honda showed an exciting prototype electric car at Geneva, the e Prototype, adding to its history of pioneering alternative-fuelled vehicles. Simon Duval Smith talked to Kohei Hitomi, Large Project Lead, about the challenges of getting the new car through development and ultimately, into production

In addition to showing the new car, Honda took to the stage at Geneva to announce the further acceleration of its electrification ambitions. The company announced its intention to move 100% of its European sales to electrified powertrains by 2025. This new ambition builds on the brand’s 2017 aim of two-thirds of its sales to be electrified by 2025, and places it firmly at the forefront of Honda’s global electrification shift announced as part of its 2030 vision.

The e Prototype, a retro-styled electric-powered machine whose styling closely resembles that of the Urban EV prototype, is a compact city car with a range of around 125 miles. Kohei Hitomi says Honda management was not initially convinced by the car's styling, small size and limited range. He tells me that his development team had to overcome opposition from company management before the car was confirmed for production but somewhat counter-intuitively, those doubts led to the development of the Urban EV concept, which was used to try to prove that a market existed for such a car. Hitomi says: "To tell you the real story, the production car came first and we created the concept out of that for a show car."

I ask Hitomi, who has spent his Honda career developing small cars, to explain in detail why the e prototype almost didn’t make production – and what convinced company bosses the EV was ripe for the roads. He says that the debate over building the e prototype was mainly an internal struggle. “The biggest battle was internal, where the team decided to actually develop a small-size electric vehicle, which everybody else in the company was against. To get that through was probably the toughest battle.”

This seems somewhat curious, given Honda’s advanced technological fuel cell vehicle history. He says that there was a range and cost spiral that was in danger of getting out of control. “Many people, including management, had the opinion that to advance the market share of electric vehicles, it is essential to overcome the negatives, the main drawback of an electric vehicle, that of limited driving range. In an attempt to counter this range anxiety, people were keen to put in a bigger battery. A bigger battery automatically means a bigger car, and a bigger car means a more expensive car. To say ‘no, we want a small car’ didn’t fit in their minds, and that was the resistance."

A history of innovation

In 2008, Honda launched its FCX Clarity fuel cell vehicle, based on the 2006 Honda FCX Concept, with Japanese and Californian leaseholders paying around $330 per month to lease one and deliveries of the next generation fuel car, the 2017 Honda Clarity Fuel Cell began in Southern California in December 2016. As with many carmakers, fuel cell vehicle development has rather been quietly put on the back burner at Honda and I ask Hitomi if he thinks EVs are a stopgap technology, to help OEMs lower their overall fleet emissions until fuel cell vehicles are practical. He says that his personal opinion is that both EV and fuel cell have their place. "EV and fuel cell vehicles are quite different and they both have certain qualities, and they both have a place in the personal mobility solutions of today and tomorrow. We are frequently asked which one of the two power sources will win out in the end; it is not a battle, they both have benefits in certain usage conditions and that will remain the case for some time. Of course it depends on the energy supply infrastructure and I believe we [carmakers in general, Honda in particular] can push this by providing a good business case, by making more electric vehicles and thus putting pressure on energy providers. I believe both systems will increase in numbers and their technologies will improve over time.”

Honda took the opportunity of its Geneva press conference to share the first details of its developing energy management solutions business for Europe. This announcement builds on the Power Manager bi-directional charging concept first shown at Frankfurt motor show in 2017.

The carmaker intends to build a portfolio of energy management products and services offering a comprehensive solution for both EV customers and service operators in Europe.

Hitomi is particularly proud the E Prototype uses a bespoke electric car platform. “It gave us more flexibility – we didn’t have to compromise.” The battery frame could be used as a core part of the car’s structure, rather than fitting into a layout created for a petrol engine.”

It also meant the car can be rear-wheel drive. Having the motor out the way of the front wheels helps the turning circle. It also makes it better to drive. “Electric motors give lots of pulling power, immediately. Sending this to the rear wheels helps traction and driver confidence,” says Hitomi. 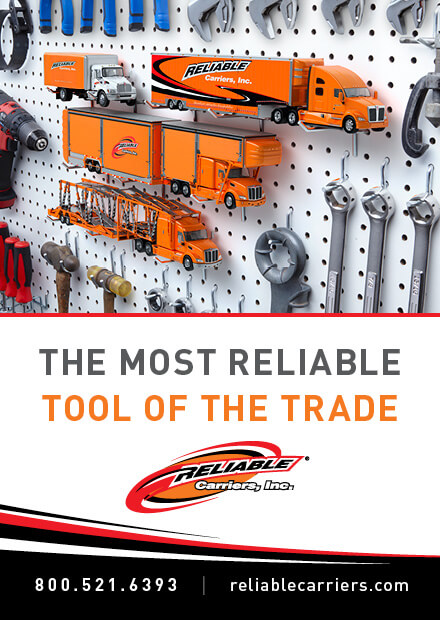 Honda hasn’t released much technical information about the E Prototype yet. It will produce around 135hp, with an impressive 184lb ft of torque. It is reputed to be able to cover the 0-60mph sprint in under 8 seconds. The e Prototype will deliver a range of over 200km and a ‘fast charge’ functionality of 80% battery charge in 30 minutes. When I ask him about performance versions of its EVs, Hitomi says that in his personal opinion, that Honda will continue its drive for high performance cars using both electric and fuel cell power. “In future, as we see more EVs, high performance vehicles will always be a Honda trademark but their power will depend heavily on advances in battery performance and battery life. There will not be a performance versus non-performance car lineup, it will not be that simple, not two-dimensional. It will be a multi-dimensional view of the vehicle as a total performance package. There will be more parameters to evaluate vehicle performance in general. The concept car has been designed with good performance but not as a sports car. If there is high demand for a performance version, we will be keen to consider this strongly."

He says that it is important, and is in Honda’s philosophy, to consider EVs as part of an integrated energy package that could [and will] include other uses for electric power. “Integrating EVs with home energy solutions and autonomous vehicles is becoming more realistic by electrifying the vehicle.There will be a shift from high performance vehicles to high functionality vehicles and I believe that customers will focus on the overall functionality of an EV more than its outright acceleration and speed. it is similar to the development of the mobile phone, in the past we were limited by how long we could use a mobile phone until the battery ran down. Nowadays it is normal to expect to charge one's mobile phone every day. In the past people would not have bought a mobile phone if they thought they would have to keep it charged all the time."

Honda intends to build a portfolio of energy management products and services offering a comprehensive solution for both EV customers and service operators in Europe. It has been working with EVTEC to further develop its bi-directional Honda Power Manager technology (compatible with battery-electric vehicles, such as the Honda e Prototype) and will plan to offer a commercial version in the coming years. Added to this, the OEM has announced an agreement with two external partners: Moixa, a company who specialise in ‘resource aggregator‘ technology, allowing customers to benefit from sharing the control and capacity of their EV battery, and Ubitricity, a leading supplier of charging solutions, including an innovative approach to on-street charging in urban areas. The next step is to embark upon feasibility studies for its technologies in London, UK and Offenbach, Germany. Further developments are expected to be announced later this year.

Motors contained in the wheel hubs of EVs offer great opportunities for even better use of an electric vehicle’s economy of space; many engineers consider that it is somewhat counter-productive to replace an internal combustion engine and drivetrain with a large electric motor, gearbox and controllers and thus not really benefit from the space economy possible by using motors contained in the wheels. Hitomi says that while in-hub motors are of course an option but our primary motivation was to utilise our current generation of electric motors which we are also using for other electrified applications. "If we were to use something as specific as an in-hub motor, the cost impact would be considerable."

A flexible and scalable platform

One of the outstanding features of a purpose-built EV platform is its flexibility and scalability - it should be possible to scale up the size of the vehicle and even move it up by one segment. Hitomi says that the maximum that Honda could extend the body size to one segment higher. "It is difficult to say whether we can go to a C-segment vehicle on this platform because it is hard to know which segment we could position the e-prototype itself, is it A or B segment or sub-B or upper-B or sub-C. From its dimensions, it is comparable to the current Jazz. In the past we have designed and produced the HRV on the Jazz platform, for example. It all depends on how much modification one applies to the base platform; this determines the range of applications."

For a vehicle of the e-prototype's size one would expect the production version to be aimed at the urban commuter market and I ask Hitomi if there are plans to create vehicles with a longer range on this platform. He says that if a longer range is required, it will probably be necessary to change the vehicle size and hence the platform. "This would then not be a small size urban commuter but since the requirement for a longer range will also be a different type of usage and vehicle environment to suit long distance work, it is probable that the customer's preference will be for a larger vehicle. if the current small urban commuter needs to provide a longer driving distance, that will probably only be possible using a higher energy density battery which may need to wait for improvements in battery technology. In this case it would make sense to use the same platform but if the requirement is simply for a longer range then there is little benefit in using the same platform, one would run into too many compromises.”