Why is consumer adoption of electric vehicles taking so long? 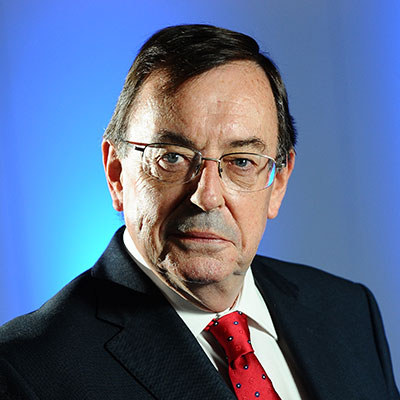 Consumers globally are becoming ever more aware of the environmental impact of combustion engine emissions; how could they not be as governments in many countries continually preach of the evils thereof and introduce what are often draconian penalties for drivers of traditionally-powered vehicles . However, UK consumers in general are just not purchasing electric cars in anything like the numbers that were predicted. Why is this?

There are, I believe, a number of reasons. Firstly, electric cars are expensive compared to their internal combustion equivalents. You really have to want to do your bit for the betterment of the environment to splash out the extra cash to buy one. Now I’m sure that, in the fullness of time, prices will come down, as has been the case with many other examples of new technology. Right now, however, the average driver still needs to be convinced about why he or she should incur the additional expense.

Which brings me to my second reason. Recent surveys have shown that consumers feel inadequately informed about electric cars, particularly in crucial areas such as batteries and charging equipment. In a recent survey by Capgemini 75-81% of drivers cited batteries and charging as their biggest concern. These worries are fueled by some press articles which point up the risks of lack of range. I’m thinking of an article I read just recently in one of the quality Sunday papers, a piece by one of the UK’s most prominent motoring journalists. In it he wrote of his horror in discovering that the car he was road-testing didn’t have nearly the range it was advertised as having and reaching his rural home with barely any charge remaining.

There is little doubt that electric vehicles represent the future. Sales of them will inexorably increase, but the current challenge is to achieve these sales at the rate both the automotive industry and governments require. Right now, sales are stalling as potential customers worry about their viability and that of the necessary infrastructure to support them.

I have written in the past about the nearest electric charging point to my home being in a supermarket car park miles away. Imagine my surprise then when I recently discovered such a charging point in the car park of my local underground station just two minutes drive from my front door. There’s an old saying that you wait ages for a London bus and then two come along at once. Sure enough, a couple of days afterwards, another charging point was sited at my local filling station three minutes away. This is indeed progress, I thought. Perhaps my reservations were ill-founded. However, in the several months or so since the appearance of these facilities I have yet to see a single car recharging at either of them. And I walk or drive past both of them almost daily. I use the shop at the filling station for regular little grocery top-ups, a bottle of milk or some cat food for example. Just last week I asked one of the counter staff, a guy I have come to know quite well, how the usage of the charging point was progressing. He replied that he had yet to notice any driver availing himself of the new facility.

As of October last year, published statistics showed that there were 18,439 electric charging points in the UK across 6,561 locations. Over 4,100 of these locations are in the greater London area. This to serve a population of over 66 million people. Full electric and plug-in hybrid vehicles are expected to exceed one million on British roads by 2020. It doesn’t take you to be a genius to realise that this amount of infrastructure is not nearly sufficient.

It gets worse. A study by the RAC (Royal Automobile Club) Foundation published recently found that, last summer, one in 12 charging points (8.3%) failed to work. This compares with only 1% in the Netherlands. The RAC Foundation also said that it wants plug-in hybrids to be banned from using chargers at motorway service stations because of the time it takes to charge them. Apparently, it takes a hybrid 12 times longer to add 15 miles of range than a pure electric vehicle. This kind of information is significantly discouraging to potential electric car drivers. Imagine being on a motorway and finding that you desperately need to top-up your battery. Suddenly there is a service area up ahead. Sighing with relief, you pull in only to find that the charging point isn’t working. It brings new meaning to the old saying “up a creek without a paddle.” Only 0.6% of cars currently on British roads are pure electric and figures published recently showed that sales were declining. If the British government is really serious about improving the country’s air quality it needs to address these issues quickly.

There is another good reason for the reluctance of British drivers to go down the electric route. And it’s to do with car servicing. Currently, only 3% of all vehicle mechanics are qualified to work on electric cars. The vast majority of those who are qualified work in manufacturers’ franchised dealerships. If the take-up of electric cars starts to match predicted numbers there will be a serious lack of servicing capability unless the government takes steps to ensure adequate training. The expertise required to service an electric car is very different to that needed for a traditional vehicle. Unqualified mechanics are at risk of serious injury or even death. Health and Safety regulations now seem to pervade almost every area of our daily lives. Just imagine the court case resulting from the electrocution of an unqualified mechanic. Another factor is that, typically, retailers sell charging equipment as a separate aftersales service and the installation of such equipment is usually carried out by a subcontractor. All this adds up to more expense and more hassle for the consumer.

Yes, over the years to come we will see a far, far greater number of electric vehicles on our roads. That is not in doubt. However, the pace of this revolution will be considerably slower than predicted unless both manufacturers and politicians walk the walk rather than just talking the talk.