Ports in Spain and Portugal - progress with a few growing pains

In our ongoing series on ports and processors, we look at two facilities in Europe, Port of Barcelona in Spain and Port of Leixões in Portugal which will be vying for import and export business with the newly expanding North African market as well more established markets in Europe and the US

While eight ports in the region handled some 2.9 million vehicles between them: Barcelona, Málaga, Pasajes, Sagunto, Santander, Tarragona, Valencia and Vigo, amounting to 90% of all Spanish maritime automotive traffic, Santander, Sagunto and Pasajes were graded highest, being awarded a score of 4.2 out of a possible 5. As in Portugal, where a stevedores’ strike effectively ended Setubal’s domination of Volkwagen business, the overall grading for port logistics declined because of the strong impact that last year’s strike by stevedores in Spain had on the automotive sector. The strike action over labour reforms and deregulation affected ports across Spain; vehicle stevedores were exempted from the legislative changes but many came out on strike in sympathy with their union colleagues in other sectors.

The Anfac survey also noted that several ports were “working beyond capacity” and it observed that there was a “need to improve handling during the loading and unloading of vehicles on board vessels to achieve greater compliance with the instructions of the [various] brand[s]”.

On the infrastructure front, several key aspects were noted, including the need for better road access to the ports, improving rail connections, more training of vehicle handling staff, and the need to adapt facilities to cater for the requirements of EVs, hybrid and possibly fuel cell vehicles.

The common demands of greater flexibility and more competitive cost were also noted in the report, in a catalogue of recommendations as to how ports could improve their logistics services to the automotive industry. 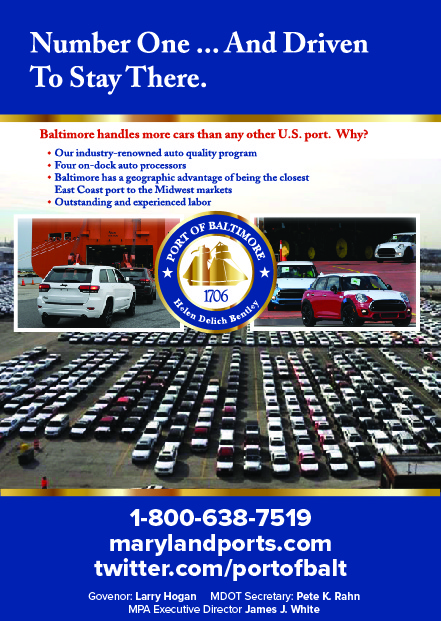 To give a perspective on Spain as an automotive manufacturing region, Anfac, who appointed SEAT President Luca de Meo as a new member of the Board of Directors in June 2018, released its latest figures showing that the Spanish automotive industry produced 1.6 million vehicles in the first half of 2018, an increase of 4.2% over the corresponding 2017 period. In June alone, the country’s vehicle makers built 278,748 units.

Anfac latest figures relate to 2017, when it recorded that the Spanish automotive sector moved almost 3.3 million vehicles through its ports, an increase of 1.2% over 2016. The overall number of vehicles moved (both import-export and domestic) grew by 0.6% to 5.4 million units, with maritime transport responsible for 46% of the total, compared to 44% in 2016. Both road and rail transport declined, the former from 41% to 40%, the latter from 15.2% to 14.2%. Exports in June 2018 were up 12.9% at 233,370 units, thanks to strong markets in France, Germany and Eastern Europe, as well as there being something of a recovery in exports to North African countries such as Algeria and Egypt, offsetting declining markets in the UK, Turkey and Italy.

Port of Barcelona - investment with an eye on Africa

With Spain now holding the title of the second largest vehicle producing country in Europe, with rising exports to the new markets of North and the Horn of Africa, the Port of Barcelona has been making significant investments in its infrastructure. These improvements will also see it possibly move into a very strong position to import vehicles from Africa, as Renault, PSA, Mercedes-Benz and other major car makers continue to open plants in the region.

Port of Barcelona’s extended facilities include:

The Port’s connectivity by rail and road is significantly better than some other ports in Spain - it boasts that it is the only facility in Spain directly linked to the European rail network – from pier to anywhere. This makes it an excellent platform to serve North Africa with a wide choice of shipping lines already calling at Barcelona, deep-sea services to/from Far East, Middle East and the Americas and a good choice of mid-range and short-sea shipping services available.

Portugal’s automotive industry is undergoing unprecedented growth; 2018 vehicle production was up 67.7% over 2017.

In December 2018, 21,309 light and heavy vehicles were produced in Portugal, with an increase of 39.2 % Statistical information for the year 2018 confirms the importance that exports represent for Portugal’s automotive sector as 97% of the vehicles manufactured in Portugal are destined for the external market, which contributes significantly to the balance Portuguese trade. Europe continues to be the leading market for exports of domestically produced vehicles (91.0%, with Germany (21.4%), France (15.4%), Italy (12.2%) and United Kingdom (10.7%) at the top of the ranking.

In terms of the larger export regions, the Asian market, led by China (2.7%), holds the second place in exports of cars made in Portugal.

At the end of November 2018, the Port of Leixões in Portugal shipped the first consignment of cars from Volkswagen’s Autoeuropa plant. This comes after a 12 year break from car shipping from the port, and is a departure for VW who used to ship their vehicles from the Port of Setubal. A strike organised by the stevedores at the port caused a backlog of some 1,000 vehicles to accumulate.

PDL Port Authority is the organisation responsible for shipping some 700 VW vehicles and by the end of 2018, the authority reported that it had marshalled and processed more than 5,000 vehicles in what it calls the Port of Leixões Logistic Platform.

The Ro-Ro operations were undertaken at TCGL, the Bulk and General Cargo Terminal of Leixões. The Port of Leixões is the main Portuguese port in Roll-On/Roll-Off Cargo. In 2017, Ro-Ro Cargo at Leixões grew 18% with the handling of more than 1 Million tons of commodities.

"This new service will add value to Leixões and to the country, which will see its export capacity strengthened. It is equally important for Autoeuropa, which finds in our port an efficient option to export its production" said a representative of APDL, the port administrator.

The Autoeuropa plant is one of the largest exporters of passenger vehicles from Portugal. It manufactures VW's new T-Roc SUV along with other group models such as the VW Sharan and Seat Alhambra, formerly built at the Palmela plant near Lisbon, along with sister vehicle, the Ford Galaxy.

A port primed for business in Africa

Thanks to its strategic location in the north-west of the Iberian Peninsula, the Port of Leixões holds a strong position in the European port system and is ideally situated and organised to serve the growing market of export and import with North Africa. It offers various regular shipping services to major European and global ports and has direct weekly connections to Angola and other African countries. Located at the intersection of important national and international routes, Leixões handles nearly 19 million tons of goods, which represents about 25% of the Portuguese Foreign Trade by sea.

Site 1 with 31 hectares will eventually comprise approximately 98,000 m² of logistics warehouses spread over 15 plots. Of these 15 plots, 8 allow a modular occupation and 7 an integral occupation.

Site 2 with 35 hectares will eventually comprise approximately 91,000 m² of logistics warehouses spread over 14 plots. Of these 14 plots, 9 allow a modular occupation and 5 an integral occupation.

Several companies or services could be installed in the main building such as customs, shipping companies, freight forwarders, banks, insurance companies, restaurants and others. The support building will be an asset for drivers, enjoying from a coffee shop, laundry, changing rooms and showers as well as parking for cars.

The value of this logistics platform is boosted mainly by its location next to the Port of Leixões, with all the clear strategic advantages that this offers. Access is also excellent to the Greater Porto motorway network, the airport and railways, essential factors for continued automotive business growth.

Leixões is a landlord port and in this framework, the handling of goods is practically entirely concessioned to the private sector except for the roll-on/roll-off cargo and cruises, which are under the jurisdiction of the Port Authority.