The New Silk Road - an exciting new route with many challenges

Jörg Mosolf, Chairman of the board (CEO) of the Mosolf Group tells Simon Duval Smith how the New Silk Road and its associated routes are set to revolutionise trade between China and Europe but that it still has some way to go

The new routes need some clarification as some people have found the term New Silk Road a little confusing as it takes in rail and some waterways and I ask Jörg Mosolf to explain its relevance for automotive logistics, both inbound and finished vehicle, and to tell me which elements are of most interest to our industry. He says it much more than just a route: "First of all when we talk about one belt, one road, we talk about a vision. The vision is to put together various economic areas with infrastructure in order to create a new economic zone, much like NAFTA for example. The whole belt operation is not just related land and the route but is much more of a political vision, a vision to create an economic zone and to create an understanding of how the different nations on the route could work together and how we can stimulate education and add value together. And we must explain that we will have different elements of the route; these are road, rail, and ship, combining to make what I call transport ‘pipelines’."

A state of its own - with Brexit or no Brexit

I put it to Mosolf that the idea is to create something that will make crossing the many borders easier and faster, creating an almost independent state along the route, which transcends the existing country barriers to seamless trade, and how could people understand this novel approach, through education? "Yes, also education is very important; by this I mean some common standards for universities and schools to create a higher level of education alongside the one belt one road vision. Of course there are strong economic interests behind the route or routes but there are also powerful political interests; and of course, there are also considerable military interests in the background too."

Brexit is naturally bringing the one belt into a sharper focus as European trading nations and others around the world think about the mobility of goods within and without the European Union. Mosolf agrees with this and says, "Yes, especially for us Europeans, we criticise a lot but we do not always come up with answers. If I have a vision, I will work hard to realise that vision, if I criticise the status quo without offering an alternative then do I have the right to criticise at all? I feel that the European Parliament is starting to understand that the Belt Road is a vision that will slowly become a reality and if they want to have an influence on it then they have to give their answer or opinion on it."

This route has been available for some time, and I ask Mosolf what is different now - have rail gauges been standardised etc? He says there are still some bottlenecks: “There is a big difference between the land side (the roads) and the rail side. If I go to the Chinese railway providers, I can get a price for transit from China as far as Poland or Germany or vice versa. In the past this was not possible, I would have had to work with many different railways, negotiating many prices, finding capacity and organising customs clearance along the route. Now, this is much better facilitated. There is still the physical problem that the whole route is not using the same rail gauge but this is not a big issue; containers and finished vehicles can be swapped over to other railcars quite quickly; we do this at the Spanish border already for example."

Mosolf says that, unlike many routes around the world, that there is no shortage of rolling stock on the route. "We have enough wagons in Russia and in China; in Europe we have a lot of our own wagons so there is not usually a problem. The real issue is not having a balanced flow of traffic on the route. We don't have enough volume and so lead times can be long. We carry out pre- and post-transportation to certain drop-off points, at the source (a car plant for finished vehicles) and at the destination. This is a combination of railway to the source, and for the last mile we use car carrier trucks. We give one price for the whole route, from the car plant to the dealer.

"There are challenges in China, with getting permissions to run your railcars on their railways, to store vehicles, to carry national and international forwarding and to use your own trucks or sub-contracted trucks. We are confident that we will have this set of permissions by the end of March this year, or at the end of May at the latest."

There is a lot of talk in the logistics industry about shortages of personnel - truck drivers, train operators and general logistics staff. Mosolf says that there is no problem in China and Russia but elsewhere there are issues. "On the European side, we have the long-standing driver shortage and we are working very hard to get more truck drivers."

I ask Mosolf who the big investors and the big winners are likely to be, using the land freight connections on the route. "We will operate our own terminals, at the source, and at the destination, with our own people and using our own investment. We have started in Lodz, in Poland, which has a partnership with Chengdu in China. We will have our own terminal for finished vehicles, to load and unload racks into containers for transport both ways. We are using containers at present because we do not have the volume to justify double-deck car racks. When we have greater volume we can change to the double-deck car carriers."

OEMs collaborating on a greener route

Anita Pieper recently told us (see: weekly.automotivepurchasingandsupplychain.com January 25) that she feels carmakers will need to collaborate on using the new route to make it economically viable. This is being done in working discussion groups, meeting at the VDA. Mosolf agrees but has some reservations. "Under our antitrust laws the different OEMs have to be careful not to talk about costs and conditions but we, Mosolf, can talk to our various customers and try to help them with better lead times, volumes and operations, this can work well. Our role is to offer each customer the best deal and we can try to connect them together and of course, I cannot talk to Mosolf's competitors about this either, to avoid any suspicion of creating a cartel situation. We must be very careful to be 'above board' in all our dealings."

I put it to Mosolf that one of the great benefits of the new route is to lessen the environmental impact of inbound and finished vehicle logistics and Mosolf agrees. "Yes, that is true and I think that all the carmakers will come to this realisation, that it is not only good for business but good for the planet too."

Streamlining the route through collated borders

I ask Mosolf for his prediction on how much easier the passage through border controls, collecting tariffs could and should be using the new route, bearing in mind that the goods will effectively pass through many more borders than if they were on a ship. He says that a single document process, similar to a ship's Bill of Lading, will make the journey much smoother than the number of border crossings might suggest. "A transporter has one 'paper' to use for all borders. The organisers have spoken with all the different customs from all the countries on the route and on the rail side, we have one cargo document that goes right through the route. The real problems are some bottlenecks, especially the Poland to Bielorussia or Belarus border. I might need two weeks to reach this border from China, it is not good if I spend a further week at that border because they do not have a railway locomotive there to pull my load. From our point of view, this is an example of where logistics specialists should take over 100% of the responsibility. We can run trial loads to find the bottlenecks and sort them out at an operational level, not at the higher, political, level. If this means buying or hiring locomotives or training drivers then this is when our operational know-how can be used to solve these problems." 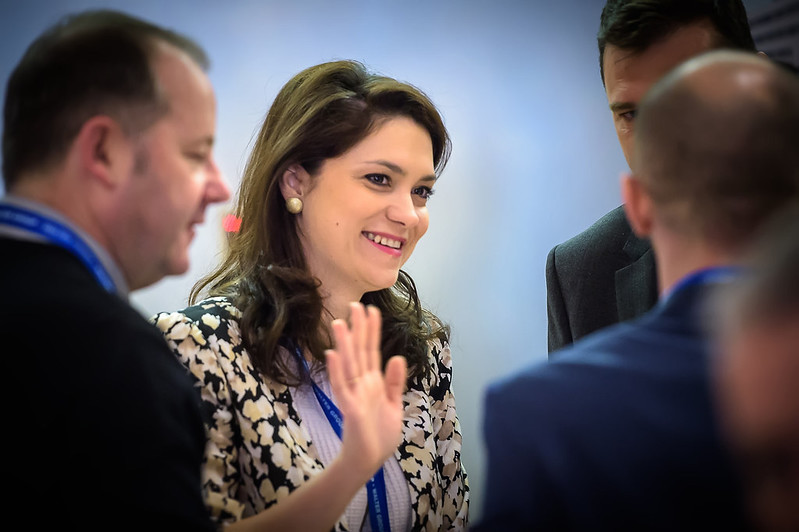 The uneven flows to and from China

Freight to and from China has been unbalanced for a long time, cheap consumer goods have flooded in from the region to Europe and the rest of the world, and little has been transported the other way. BMW are shipping a lot of parts from Plant Leipzig and Plant Regensburg, to their factories in China but as Mosolf says, trade is still very unbalanced. "Shipping parts is a lot easier than shipping vehicles; we have a lot of exports from China to Europe - more export than import. Parts can be loaded into these empty return containers. We could do this with cars but if we want to optimise the loading factors, we need to put racks inside the containers. This takes a lot of management and investment; we need to invest in people for monitoring, pay for storage and take care of customs clearance." I ask Mosolf if the returns on shipping cars make finished vehicle logistics a much more attractive prospect than shipping parts. He says that it is a long-term investment. "For the first three years, we will make some losses because of fixed costs. When the pipeline is up and running, we will certainly see a return on our investment."

Refining the culture of global logistics

Jörg Mosolf has a doctorate in Intercultural Management in Logistics and this would seem to equip him perfectly to act in this exciting new area. I ask him what he thinks are the special qualities (apart from languages of course) that we should be teaching young people coming into the industry, with the New Silk Road in mind, as well as other multi-cultural programmes.

"All logistics providers (not just Mosolf) in this industry have contact with all parts of automotive plants and we have contact with many different countries with different cultures. We have operational, documentation and administration challenges and ultimately we have cultural challenges, and we need some very special people to work in automotive logistics. In order to be successful in this industry, young people need to be really open-minded, to be constantly curious about different parts of the industry and different parts of the world, with their different cultures, and to be always willing to learn. They need to combine this with respect for customer companies and for all people around the world. If youngsters coming into the industry can demonstrate these qualities, they can have a great future in one of the most exciting business areas in the world."